How the Toronto Club Started 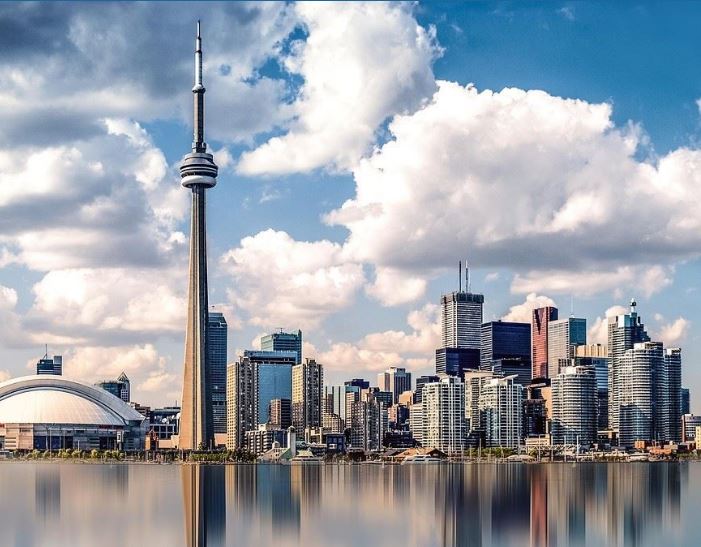 This note was prepared at the end of our first year as a Probus club.

In early summer of 2014, John Agnew (a former Rotarian and also a Senior) was looking for a Probus club to join. He knew about Probus from a number of friends and their enthusiasm for the clubs they had joined. But, he found that while there were many clubs in the Toronto suburbs and in the surrounding areas, there were none where he lived, in central Toronto.

On July 7th, 2014 he wrote to Richard Furlong, the Probus, District 2 Director, to ask about any plans for a Toronto club, only to find that although a couple of attempts had been made in the past there had been no success to date.

So, he asked the obvious question - "How do I go about starting one?"

Fortunately, Probus Canada has a containing all the information needed to get going. And by visiting a club in Scarborough and Richard's Newmarket Men's club, it was possible to see Probus in action and get some very useful advice.

By 2018, the Toronto PROBUS Club was so popular that they could not accommodate more members and even the wait list was full.

The Men's PROBUS Club of Newmarket, Canada, has generously shared their operating manual to assist other executive committees organizing and managing their club.

How to start a club in your area

We are looking for more stories about how clubs started and practical information for those wishing to create a new club anywhere in the world. If you have anything to contribute, please contact the webmaster using the form below.

Rob Neary recently ran a survey at the AGM of the Probus Association of Queensland, Australia in which he asked “What things does your club do that makes you feel happy to be a member of that club?” What he received back are the Keys for a Successful Club out of the pens of the 36 clubs represented there.

Rob is preparing more information for this page. Please be patient.

The Probus Association of Queensland is currently working with Probus South Pacific on a Membership Development and Retention Strategy. We hope to make it available to PROBUS Global members soon.

Rob Neary from Queensland has produced a lot of materials to help with membership retention, club growth, and club management. He is happy to share his materials with other PROBUS clubs. Here are some samples to use in your emails. Contact him for more.

There are so many ways to promote PROBUS and your local club that Rob has compiled an extensive list of Marketing Techniques [PDF]. Don't give up until you have tried every one of them.

These days, a web site is expected of almost all clubs and organizations. Wordpress is often used to create one and there are a lot of examples to follow and YouTube explanations on how to go about it. Even so, some computer skill is necessary.

We invite someone who has set up a club site recently to create a template for a club to follow or to offer any suggestions for making a simple club site without too much trouble or cost.

If you are in the UK, David Vickery, one of our members, recommends ProbusClub.net who provide a web site service for a nominal fee.

The Men's PROBUS Club of Newmarket, Canada hands out an achievement award at their annual Christmas luncheon. 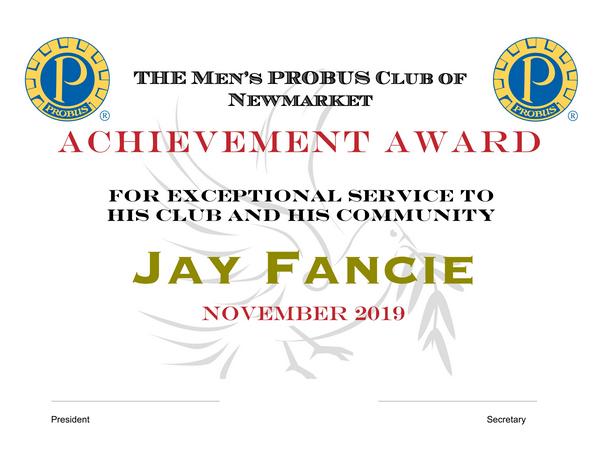 Many clubs are now holding monthly meetings by Zoom. This is a great way to keep your club active during the pandemic. Members can attend from the safety of their own homes.

For attendees, it is easy enough that most are able to figure it out from the emailed invitation link. For hosts, many features are only available in the paid version of Zoom and it is worthwhile spending time to understand the features and options.

Download the comprehensive Dummies Guide to Using Zoom [PDF], created by our friends from the Lions Clubs International organisation in the UK.

The definitive source for information about how to install Zoom and run meetings is the Zoom YouTube Channel with a collection of short, clear, instructional videos.

Setting up and running a Zoom meeting is not difficult. All your club needs is one volunteer willing to coordinate the process and learn how to manage the meeting. For a PROBUS Club perspective, the PROBUS Club of Cambridge (Canada), has created a page of instructions with two very complete training videos aimed at their members.

If your club is recording the meeting with the expectation of making it available on YouTube or for download from the club website, it is a good idea for the meeting invitation to include a warning about the recording, telling participants who wish not to show their face to leave their video off while making comments. Some may also wish to only show their first name or nickname on the display. A similar announcement should be made by the coordinator at the beginning of each meeting. When the meeting is being recorded, a RECORDING symbol appears at the top left of everyone's screen.

Do you have something to add?

Please tell us here, or in one of the chatrooms.

This site is under construction. Your feedback is encouraged.